Botox has been acceptable for men and women alike for at least a decade now. Filler for men has taken a little longer to filter down. Both, I’m pleased to say, are now as normal as having your hair cut. 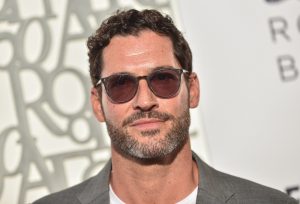 Filler for men is more effective in my opinion, as lines and movement are more socially acceptable amongst males, denoting wisdom. With the longevity of today’s fillers (12 months +) this actually makes non-surgical maintenance easier for men.

Hardwired in our 2million year old brains is that men look for women who are fertile (young and healthy looking – hence a bit more maintenance required!) and women look for men who have resources. I’m not saying things won’t change, but for now, and for a good while longer I’d wager, it’s AOK for men to look more “worldly-wise”.

In a nutshell, as a dude, you benefit from being a little rugged with a few crinkles, yet still with strong, classically attractive features that imply competitiveness and high capacity for work. Interestingly, you don’t want to over masculinise a face either as that can project perceived dominance and negative attributes such as coldness or dishonesty/infidelity.

So, as with every face, it’s a balancing act.

Naturally there’s a different aesthetic for (straight) men and women and, as always, individual features need to be respected.

Rather than the soft curves of a female face, the male face is more angular, created by more prominent bones and muscles. The angle of the mandible (jawbone) should be broader than the cheeks with a strong jawline generally. That is then met with a squared chin, roughly the breadth of the lips.

A flatter midface nods to athleticism. The medial fat pad that is found here is related to oestrogen, so whilst “cute” and indicative of fertility on a woman, it can be an issue when restoring the inevitable mid face volume loss on a man.

This feature is key to re-draping the tissues of mid face without feminisation or just making everybody look the same. That dictates that it needs to be injected to form an angle, rather than a curve. In this way, you can restore volume loss without introducing a feminine appearance.

In the upper third of the face the frontal bossing (lower forehead) tends to be more convex/projected with a flat brow and, perhaps mild concavity to the temple, but definitely no pronounced hollows.

Favoured examples of men who tick the above boxes are Jamie Dornan, David Beckham and Tom Ellis.