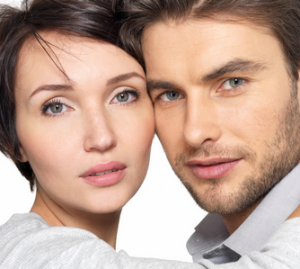 Tixel is the latest and (in our opinion, greatest) skin rejuvenation and resurfacing device. Its purpose is to create healthier and smoother looking skin by stimulating fibroblasts and radically reducing damaged surface tissue.

Tixel comes as a table top device with a handpiece containing a small plate of 81, titanium pyramids. It is heated to 400°C and the pyramid tips applied to the skin with brief contact (between 5 – 18 Milliseconds).

The process stimulates fibroblasts (growth factors in the skin) creating skin renewal in the dermis with impressive results. There is a double effect on collagen because of the combined heat and micro channelling effect.

What is it good for:

Eye rejuvenation – Tixel may be used right up to the lash line on both upper and lower lids to freshen and lift crepey skin. It may also be used soften crows feet and to generally strengthen the delicate eye area.

Prevention – a lighter setting to keep collagen stimulated and deliver active products directly to the dermis.

What is the sensation:

One of the major advantages of Tixel is the lack of discomfort and downtime, whilst delivering results comparable with the CO2 laser, historically the gold standard of skin resurfacing.

What is the downtime:

Non-ablative treatments may appear pink immediately after treatment, but mineral make up may be applied and the skin will return to normal by the following morning.

Ablative treatments carry more downtime where the skin may appear mid to deep red immediately after treatment. Again, the redness will subside the next day. Tiny brown sports will be evident where the pyramid tips touch the skin. These are “micro-crusts”, which will naturally exfoliate between around 7 days post treatment.

What is the pre-care and aftercare?

Full aftercare instructions will be given and gone over at the time of treatment.

Direct UV exposure should be avoided for one month following ablative treatment and factor 50 SPF applied for 3 months following treatment (although it should be used every day, whatever the weather anyway J)

Maintenance session(s): 12 months, depending on indication.